From Analogue to Digital UK & India - the evolving special relationship 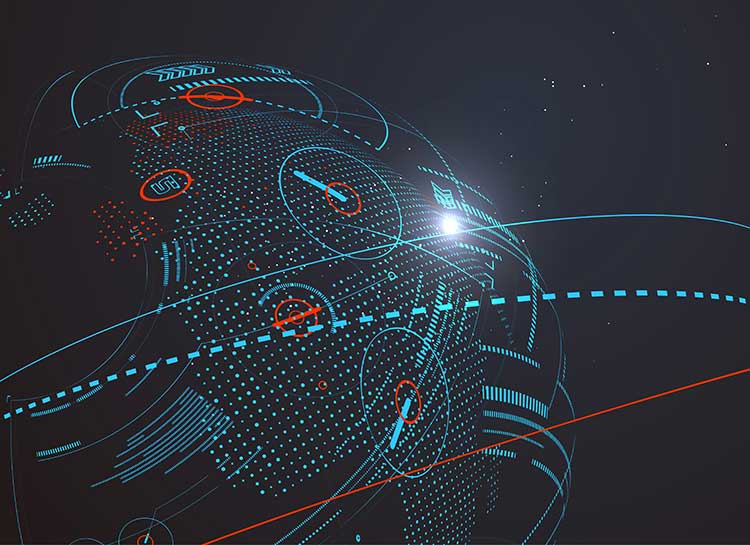 Launched for the UK-India Year of Culture, and to celebrate the 70th anniversary of India’s independence, The Indian Awards showcase the businesses, the people, and the bonds that connect our two great countries.

Although the UK and India have more than 200 years of shared history - we share tea, cricket, Indo-Saracenic architectural heritage and socio-political structures, the English language - the connectivity between the two countries has always been more offline than on. Until now.

In 2017, several government policy initiatives and solid levels of investment have coalesced, helping India’s financial infrastructures to finally shift gear from analogue to digital. Now the “special relationship” can do likewise.

To understand why India is a late bloomer in this space, you have to understand a little more of the country’s history and geography.

India is a place where the majority of citizens, traditionally, can’t access formal banking services. And, yes, you may know about India’s megacities - Mumbai or Delhi - but the population is still 70% rural. That’s 850 million people who live in communities most would consider “remote”.

That goes some way in explaining why, even in 2017, almost 80% of consumer transactions in India are made in hard cash. To compare, cash payments in the UK account for under 10%. A cash-based economy is opaque and vague and painful to audit. It certainly doesn’t speak to a country that wants bigger and better trading relationships on a world stage.

So why is India now ready to plug in its finances?

First of all, it got rid of the big notes. In 2016, the government in India declared that 500 and 1,000 Rupee notes were no longer legal tender. The initiative was called “demonetization”.

And though painful at first, Demonetization has been rocket fuel thrusting India’s digital economy forward. And it came into effect just as several helpful initiatives and trends were maturing.

Thanks to an organisation called Digital India, fast internet is moving into every village across the country. They reckon 300 million people in India will have web access by 2020.

India’s Universal ID project brought a staggering one billion citizens onto the digital grid in only five and a half years. The programme is the fastest delivery of a digital service in history, reaching one billion faster than even Android and WhatsApp could manage.

Then there’s mobilisation. At present, 95% of Indians access the internet, primarily, through a mobile device, not a PC. Today, India’s average smartphone user spends 45% of their wages through their mobile device.

So with smartphones ownership in the country set to double to 500 million users by 2020, and a decent communication infrastructure to lean on, shopping, bill payment and top-ups on mobile can and will become the norm. Non-cash will overtake cash by 2023.

To better enable physical non-cash transactions, a number of “digital wallet” technologies - which don’t need to be tethered to a bank - have sprung up. Paytm is one such technology: it counts Chinese powerhouse Alibaba as an investor and is currently valued at $4 billion.

FinTech companies, like Paytm, are lubricating the cashless economy via cheques, demand notes, internet banking and payment cards. In the last year, more than 100 million new mobile wallets were created - from a base of almost zero - driven by startups that didn’t exist 10 years ago.

Right now digital wallets are used in 22% of all consumer payments in India - and that number is set to hit 59% by 2025.

India had the foresight to realise that simply pushing the middle class further down the digital pipeline would generate limited results. So the country has recognised that remote communities, and the once-disenfranchised, must be in play if the country’s big digital switch over is to mean anything.

With that, India’s banks have stepped up: more than 200 million bank accounts have opened in the last year alone. Moreover, 300 million new debit and credit cards have been issued in the last four years, bringing the total number of cards in circulation to more than 600 million.

A dozen of India’s banks have clubbed together to produce a Unified Payment Interface so customers can make agnostic digital payments. In addition, the Reserve Bank of India (RBI) has licensed its payment tech so third party vendors can install systems in India’s villages - and help to kickstart a cashless culture.

Thanks to all of these measures, there is a renewed commitment for a cashless culture. The country’s newfound emphasis on digital transacting has led to a spate of FinTech companies and business collaborations that are making a huge difference already.

And the international community is paying attention. India today is a buoyant market: the world’s fastest-growing major economy. Now that it’s digitising its economy, the UK - the world’s leading FinTech market - is getting in on the ground floor.

Barclays has further committed to its UK-India Fintech Exchange Programme by inviting three Fintech start-ups from both nations to travel out to each other’s respective countries to learn one another’s business. Barclays’ Rise Accelerator - which already works on the ground in Mumbai - will also expand its work in Fintech in India.

In firsts for both, Lloyd’s of London and World First will open Indian offices in 2017.

But it’s not just one-way traffic. Mumbai based Indsur Group are all set to invest £12 million in Western Thermal Limited in the UK, creating 100 local jobs. And more will follow.

What I’ve outlined offers a backstory and a mere flavour as to how India has prepared the ground for launching into a new digital era. Today, we stand at the threshold of a new day in India’s financial economy.

Not only is the country an incredibly exciting business destination in 2017, the UK - India special relationship, too, is secure. In culture, in community, in spirit and, now, economically, we look forward to working together at the highest levels for generations to come.

Some of our Clients and Partners