Belgium open for business with India's 'living bridge' of entrepreneurs

Belgium open for business with India’s ‘living bridge’ of entrepreneurs 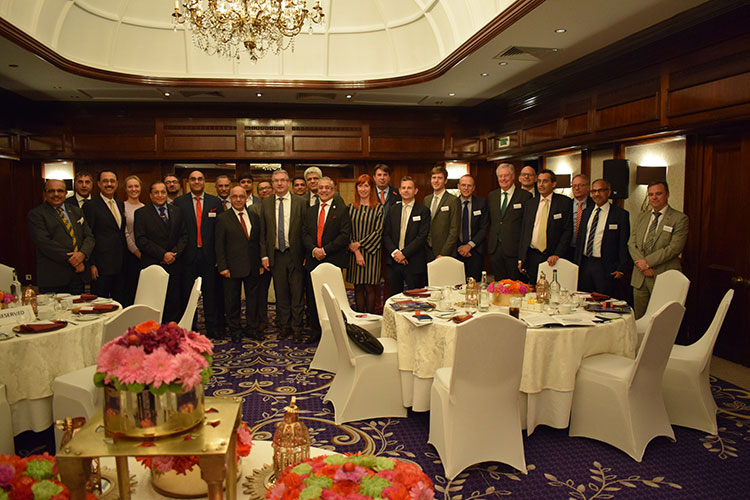 Speaking at an exclusive high-level meeting in London this week, organised by the India Business Group, Wallonia’s economy and employment minister, Pierre-Yves Jeholet, told the group that Belgium already had historic ties with India and wanted to do more business with the Indian diaspora in Britain. Mr Jeholet, Wallonia’s Vice President, said that last year his country had celebrated 70 years of diplomatic relations with India.

Mr Jeholet, Wallonia’s Vice President said: “My government took the necessary action to create a friendly and welcoming region for businesses in order to attract companies such as yours,” the minister told the group. “We have simplified administrative procedures in record time to allow entrepreneurs to concentrate on their core business. We have made our administration more efficient, and we have simplified and rationalised our financial instruments created for businesses. Doing this, unemployment has dropped and large groups such as Alibaba and Google or Nagarjuna Fertilizers have already placed Wallonia on their radar.

The minister said that Wallonia had teams in London, Delhi, Mumbai and Chennai ready to help entrepreneurs who want to set up businesses in his region. The meeting was hosted by Lord Patel of Bradford as the chairman of the India Business Group, which promotes trade links in South Asia. Recent Indian company deals in the region include, Jindal Steel and Power’s investment of a plastic manufacturing business; Braj Bibabi Group acquiring a fibre-glass business; and Tata Steel owns a plant active in the production of galvanised coil for the automotive industry.

Lord Patel of Bradford OBE, Chairman of India Business Group said: “Belgium and India have a strong and long-standing relationship, with shared values and interests such as democracy, as well as deep trade, investment and people to people relations which exist between the two countries,”. “As one of the most open economies in the world, there are currently around 100 Indian companies operating in Belgium, and around 160 Belgium companies in India. Indeed, Belgium has a strong Indian diaspora, estimated to be in the region of 20 thousand people. In the words of Prime Minister Modi, the Indian diaspora, as is the case with many here today, acts as a ‘living bridge’ between India and other parts of the world.

Minister Jeholet said, We benefit here from a golden opportunity, a competitive edge and a quite unique attractiveness. Our businesses need space to grow and develop. Wallonia has just that. Particularly with 200 fully-equipped business parks, seven science parks directly connected to universities and research centres and numerous hectares of land available, Wallonia offers a privileged environment for businesses to develop. It is up to us to make every effort so that these spaces become genuinely and more quickly accessible.

In almost two decades, foreign industrialists have invested nearly 13 billion euros and created 31 thousand new jobs in Wallonia. According to a study conducted in June 2017 by international auditors PwC, Wallonia is the number one region in Belgium in terms of attractiveness for logistics and fourth out of 50 regions across Europe.

The timely and engaging roundtable was attended by several CEO’s and Indian business leaders from a variety of industry sectors (including manufacturing, life sciences, professional services and technology), as well as prominent Parliamentarians such as Virendra Sharma, MP, Chairman of the Indo-British APPG. The Belgium delegation included a number of senior officials, including Ms Pascale Delcomminette, CEO of the Wallonia Export Investment Agency (AWEX) which is the regional Government agency in charge of foreign trade promotion and foreign investment attraction.